Events: Word Festival Talk: Who Is Afraid of Comics? 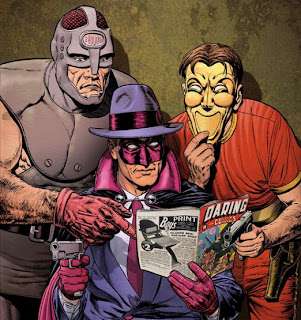 What lies behind the moral panics. media scares and strict censorship that have besieged comics in Britain and around the world? Why have they been repeatedly the targets of campaigns and censorship? Is there something inherently dangerous, or radicalising, about the form's weaving of words and pictures?

From their 19th century precursors in Penny Dreadfuls to the Fifties Horror Comics, from the taboo-smashing Undergrounds to Manga and Graphic Novels today, Paul Gravett explores the controversies behind the comic medium’s often fraught maturing process and the continuing issues of political correctness and the right to offend.

Email ThisBlogThis!Share to TwitterShare to FacebookShare to Pinterest
Labels: Events, Events: Word Festival Talk: Who Is Afraid of Comics?